A forum for those loving the B.S.A. B50 And all other B.S.A. & Triumph unit Singles

Does anyone know what became of the V-B50 guy?

Does anyone know what became of the V-B50 guy?

Back a while say '88-'91 there was a Euro/UK chap who was melding 2 B50's together. Does anyone remember know of the end or current results? He must have had some improvements us singles guys could use. I did have photos scanned but lost them about 12 hard drives ago LOL!
Steve
-My opinion it was a heck of a machining job. another 5 years I'll think I imagined it so I need to know it was'nt a twisted dream w/classic bike or something. My mom alway threw out the copies she found......
Riding a BSA each day keeps you young......and on your toes! http://www.britgaskets.com My host for .ca broke like a B25 in a 17 year olds hands.
Top

There are some V-twin pictures on this site in the photo pages might be the same one in the magazine you had?

I think over the years there have been a others built by different people, I seem to remember one built by a guy in scandinavia???
Top

The beast I was thinking of had a scratch machined bottom end, I think it may have been intended for a limited run but may have been a pipe dream. There was published photos though.
Steve
Riding a BSA each day keeps you young......and on your toes! http://www.britgaskets.com My host for .ca broke like a B25 in a 17 year olds hands.
Top

..that's what it says
Top

Hello. I have just got hold of one of the B50 v-twins. It has been in a garage for 18 years. It was built by Owen Evans. Then he went on to build a very fast one with Weslake 4-valve heads, Carillo con-rods, Quaife gearbox, Nourish crank, Cosworth pistons.
The magazine featuring this Owen Mk.2 is Classic Bike, October 1999.
Owen v-twin Mk.1 build: British Bike Mechanics, January 1988
Owen Mk.1 article on finished machine: British Bike Magazine April 1995.
Gerald Fitzpatrick v-twin: Motor Cycle Mechanics April 1978.
Heemskerk B50 twin: Classic Bike may 1984.
Also Dutch magazines - I have copied and translated the articles...see link below.

There are SIX B50 v-twins covered on my new web-page:

See my website, A V-Twin Obsession for links, extracts and lots of pics: http://www.diagnosis2012.co.uk/vtwinnews11.html
Top

Would you update your profile and let everyone know roughly where in the world you are please?

Perhaps you would be kind enough to post a reciprocal link on your webpage?
There is no evidence to support the notion that life is serious.
Abyssinian Wire-Haired Tripehounds Gnash.
Top

No problem mintymenace... have updated my profile... am in South-West England at Glastonbury. I already had a link to your v-twin pic page... and have now added one at the top of my B50 v-twins page (V-twin news p.11) Here is my double B50 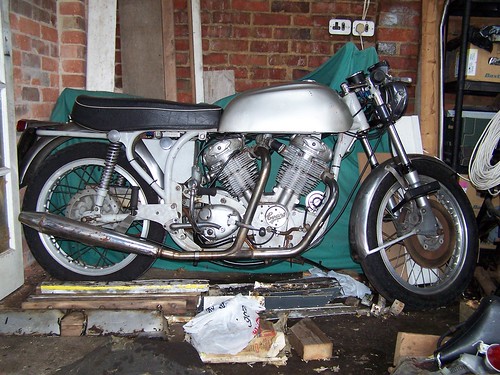 I am now riding the Evans-BSA... goes very nicely! 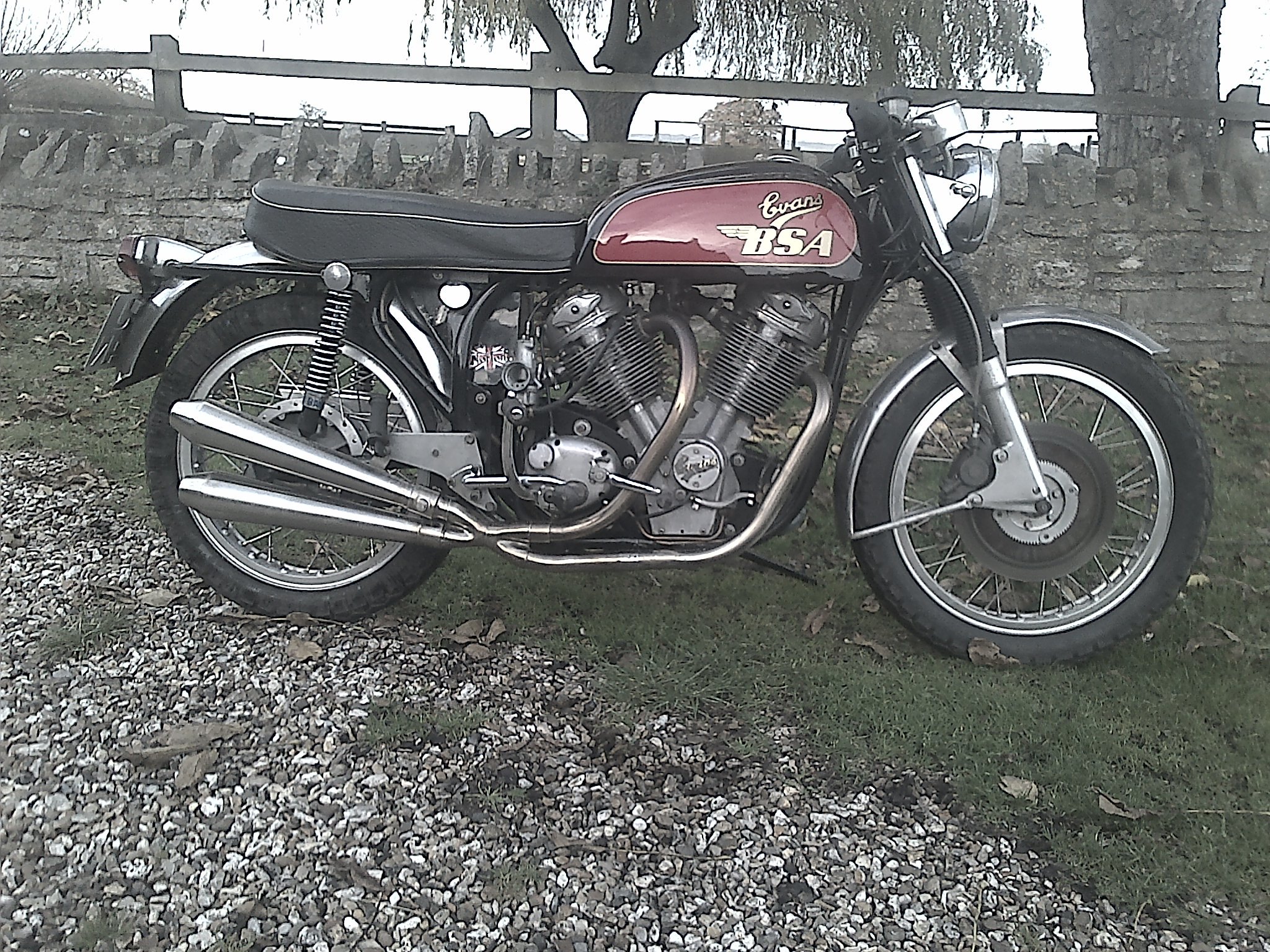 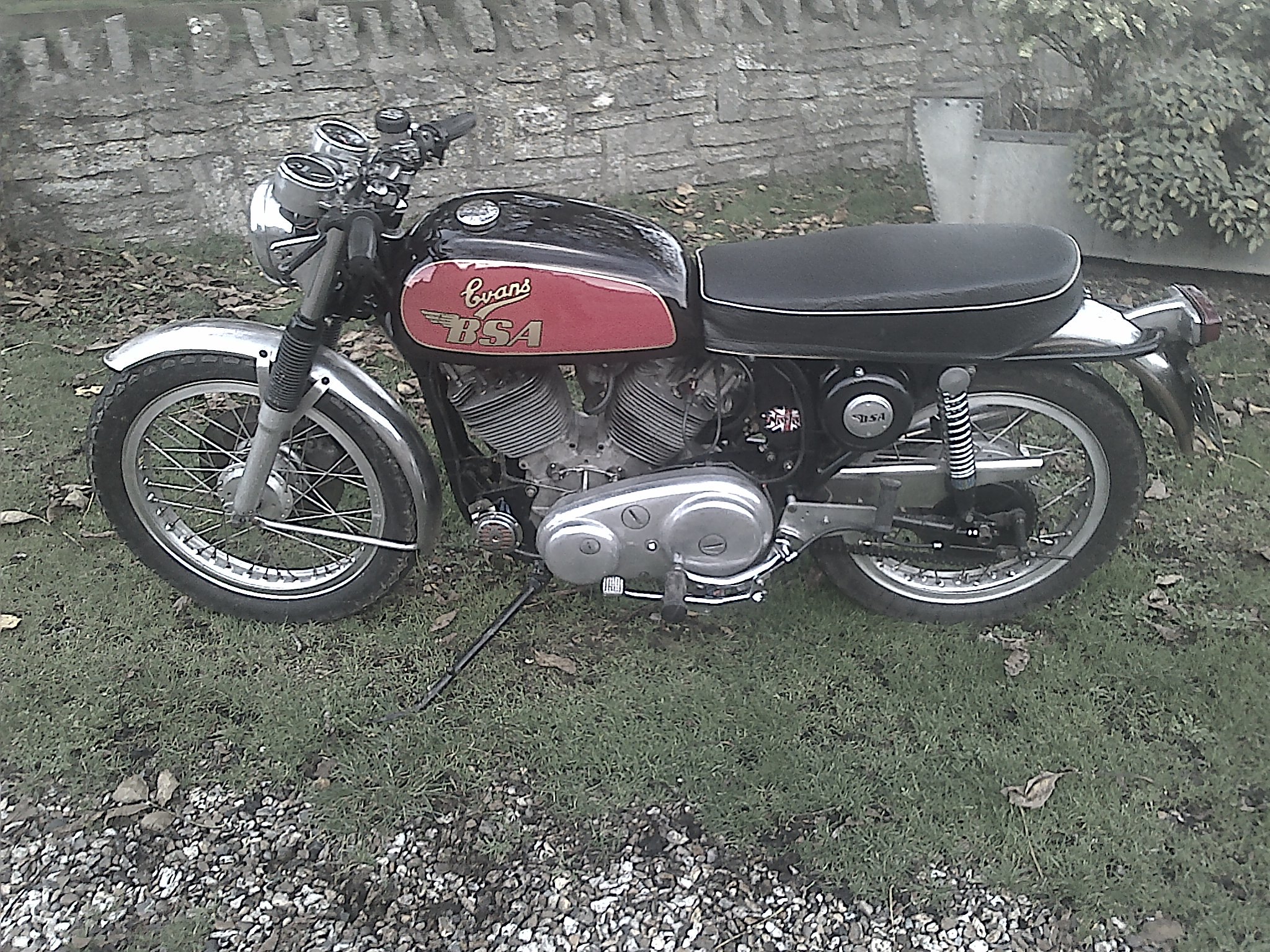 see this page for the update on this and other B50 v-twins: http://www.diagnosis2012.co.uk/vtwinnews11.html